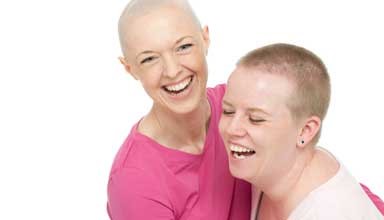 Cancer is the uncontrolled growth and spread of cells. It can affect almost any part of the body. The growths often invade surrounding tissue and can metastasize to distant sites. Many cancers can be prevented by avoiding exposure to common risk factors, such as tobacco smoke. In addition, a significant proportion of cancers can be cured, by surgery, radiotherapy or chemotherapy, especially if they are detected early.

Cancer is a generic term for a large group of diseases characterized by the growth of abnormal cells beyond their usual boundaries that can then invade adjoining parts of the body and/or spread to other organs. Other common terms used are malignant tumours and neoplasms. Cancer can affect almost any part of the body and has many anatomic and molecular subtypes that each requiring specific management strategies.

According to current evidence, between 30% and 50% of cancer deaths could be prevented by modifying or avoiding key risk factors, including avoiding tobacco products, reducing alcohol consumption, maintaining a healthy body weight, exercising regularly and addressing infection-related risk factors.

To reduce the significant disability, suffering and deaths caused by cancer worldwide, effective and affordable programmes in early diagnosis, screening, treatment, and palliative care are needed. Treatment options may include surgery, medicines and/or radiotherapy; treatment planning should be guided by tumour type, stage and available resources and informed by the preference of the patient. Palliative care, which focuses on improving the quality of life of patients and their families, is an essential components of cancer care. Accelerated action is needed to improve cancer care, to achieve global targets to reduce deaths from cancer and to provide health care for all consistent with universal health coverage.

Cancer is a generic term for a large group of diseases that can affect any part of the body. Other terms used are malignant tumours and neoplasms. One defining feature of cancer is the rapid creation of abnormal cells that grow beyond their usual boundaries, and which can then invade adjoining parts of the body and spread to other organs, the latter process is referred to as metastasizing. Metastases are a major cause of death from cancer.

Cancer is a leading cause of death worldwide, accounting for 8.8 million deaths in 2015. The most common causes of cancer death are cancers of:

Cancer arises from the transformation of normal cells into tumour cells in a multistage process that generally progresses from a pre-cancerous lesion to a malignant tumour. These changes are the result of the interaction between a person’s genetic factors and 3 categories of external agents, including:

WHO, through its cancer research agency, International Agency for Research on Cancer (IARC), maintains a classification of cancer-causing agents.

Ageing is another fundamental factor for the development of cancer. The incidence of cancer rises dramatically with age, most likely due to a build-up of risks for specific cancers that increase with age. The overall risk accumulation is combined with the tendency for cellular repair mechanisms to be less effective as a person grows older.

Tobacco use, alcohol use, unhealthy diet, and physical inactivity are major cancer risk factors worldwide and are also the 4 shared risk factors for other noncommunicable diseases.

Some chronic infections are risk factors for cancer and have major relevance in low- and middle-income countries. Approximately 15% of cancers diagnosed in 2012 were attributed to carcinogenic infections, including Helicobacter pylori, Human papillomavirus (HPV), Hepatitis B virus, Hepatitis C virus, and Epstein-Barr virus3.

Hepatitis B and C virus and some types of HPV increase the risk for liver and cervical cancer, respectively. Infection with HIV substantially increases the risk of cancers such as cervical cancer.

Between 30–50% of cancers can currently be prevented. This can be accomplished by avoiding risk factors and implementing existing evidence-based prevention strategies. The cancer burden can also be reduced through early detection of cancer and management of patients who develop cancer. Many cancers have a high chance of cure if diagnosed early and treated adequately.

Modifying or avoiding key risk factors can significantly reduce the burden of cancer. These risk factors include:

To prevent cancer, people may:

Vaccination against these HPV and hepatitis B viruses could prevent 1 million cancer cases each year.

Cancer mortality can be reduced if cases are detected and treated early. There are 2 components of early detection:

When identified early, cancer is more likely to respond to effective treatment and can result in a greater probability of surviving, less morbidity, and less expensive treatment. Significant improvements can be made in the lives of cancer patients by detecting cancer early and avoiding delays in care.

Early diagnosis consists of 3 steps that must be integrated and provided in a timely manner:

Early diagnosis is relevant in all settings and the majority of cancers. In absence of early diagnosis, patients are diagnosed at late stages when curative treatment may no longer be an option. Programmes can be designed to reduce delays in, and barriers to, care, allowing patients to access treatment in a timely manner.

Screening aims to identify individuals with abnormalities suggestive of a specific cancer or pre-cancer who have not developed any symptoms and refer them promptly for diagnosis and treatment.

Screening programmes can be effective for select cancer types when appropriate tests are used, implemented effectively, linked to other steps in the screening process and when quality is assured. In general, a screening programme is a far more complex public health intervention compared to early diagnosis.

Examples of screening methods are:

A correct cancer diagnosis is essential for adequate and effective treatment because every cancer type requires a specific treatment regimen that encompasses one or more modalities such as surgery, radiotherapy, and chemotherapy. Determining the goals of treatment and palliative care is an important first step, and health services should be integrated and people-centred. The primary goal is generally to cure cancer or to considerably prolong life. Improving the patient’s quality of life is also an important goal. This can be achieved by supportive or palliative care and psychosocial support.

Some of the most common cancer types, such as breast cancer, cervical cancer, oral cancer, and colorectal cancer have high cure rates when detected early and treated according to best practices.

Potential for cure of some other cancers

Some cancer types, even when cancerous cells have traveled to other areas of the body, such as testicular seminoma and leukemias and lymphomas in children, can have high cure rates if appropriate treatment is provided.

Palliative care is treatment to relieve, rather than cure, symptoms caused by cancer and improve the quality of life of patients and their families. Palliative care can help people live more comfortably. It is an urgent humanitarian need for people worldwide with cancer and other chronic fatal diseases and particularly needed in places with a high proportion of patients in advanced stages of cancer where there is little chance of cure.

Relief from physical, psychosocial, and spiritual problems can be achieved in over 90% of advanced cancer patients through palliative care.

Effective public health strategies, comprising of community- and home-based care are essential to provide pain relief and palliative care for patients and their families in low-resource settings.

Improved access to oral morphine is mandatory for the treatment of moderate to severe cancer pain, suffered by over 80% of cancer patients in terminal phase.

Between 30-50% of all cancer cases are preventable. Prevention offers the most cost-effective long-term strategy for the control of cancer. National policies and programmes should be implemented to raise awareness, to reduce exposure to cancer risk factors and to ensure that people are provided with the information and support they need to adopt healthy lifestyles.

Worldwide, tobacco use is the single greatest avoidable risk factor for cancer mortality and kills approximately 6 million people each year, from cancer and other diseases. Tobacco smoke has more than 7000 chemicals, at least 250 are known to be harmful and more than 50 are known to cause cancer.

Nearly 80% of the 1 billion smokers in the world live in low- and middle-income countries.

Dietary modification is another important approach to cancer control. There is a link between overweight and obesity to many types of cancer such as oesophagus, colorectum, breast, endometrium and kidney. Diets high in fruits and vegetables may have an independent protective effect against many cancers. Regular physical activity and the maintenance of a healthy body weight, along with a healthy diet, considerably reduce cancer risk. In addition, healthy eating habits that prevent the development of diet-associated cancers will also lower the risk of other noncommunicable diseases.

Alcohol use is a risk factor for many cancer types including cancer of the oral cavity, pharynx, larynx, oesophagus, liver, colorectum and breast. Risk of cancer increases with the amount of alcohol consumed. For several types of cancer, heavy drinking of alcohol combined with tobacco use substantially increases the risks of cancer. In 2010, alcohol-attributable cancers were estimated to be responsible for 337,400 deaths worldwide, predominantly among men.

In 2012, approximately 15% of all cancers were attributable to infectious agents such as helicobacter pylori, human papilloma virus (HPV), hepatitis B and C, and Epstein-Barr virus. The fraction of infection-attributable cancers varied between countries and development status, from less than 5% in Australia, Canada, New Zealand, the United States and select countries in western and northern Europe to more than 50% in some countries in sub-Saharan Africa. Two-thirds of infection-attributable cancers (1.4 million cases) occur in less developed countries. Vaccines are available for hepatitis B virus and some types of HPV and can reduce the risk of liver and cervical cancers, respectively.

Pollution of air, water and soil with carcinogenic chemicals contributes to the cancer burden to differing degrees depending on the geographical settings. Outdoor air pollution is classified as carcinogenic, or cancer-causing, for humans. It has been estimated that outdoor air pollution contributed to 3.2 million premature deaths worldwide in 2012 including more than 200,000 lung cancer deaths. Additionally, over 4 million people die prematurely from illness attributable to the household air pollution from cooking with solid fuels, 6% of these deaths are from lung cancer. Indoor air pollution from coal fires doubles the risk of lung cancer, particularly among non-smoking women. Exposure to carcinogens also occurs via the contamination of food, such as aflatoxins or dioxins.

More than 40 agents, mixtures and exposure circumstances in the working environment are carcinogenic to humans and are classified as occupational carcinogens. Occupational cancers are concentrated among specific groups of the working population, for whom the risk of developing a particular form of cancer may be much higher than for the general population. It is well documented that occupational carcinogens are causally related to lung cancer, mesothelioma, and bladder cancer. For example, mesothelioma (cancer of the outer lining of the lung or chest cavity) is to a large extent caused by work-related exposure to asbestos.

Exposure to all types of ionizing radiation, from both natural and man-made sources, increases the risk of various types of malignancy including leukemia and a number of solid tumors. Risks increase when the exposure occurs at a young age and also when the exposure amount is higher. Ultraviolet (UV) radiation, and in particular solar radiation, is carcinogenic to humans, causing all major types of skin cancer, such as basal cell carcinoma (BCC), squamous cell carcinoma (SCC) and melanoma. Avoiding excessive exposure, use of sunscreen and protective clothing are effective preventive measures. UV-emitting tanning devices are now also classified as carcinogenic to humans based on their association with skin and ocular melanoma cancers.

Radiation is used in medicine and can help save lives as well as prevent the need for more invasive procedures. However, inappropriate use may cause harm because of unnecessary and unintended radiation doses for patients. Radiologic tests and procedures should be appropriately prescribed and properly performed to reduce unnecessary radiation doses, particularly in children.

Residential exposure can also arise from radon, a natural radioactive gas sometime present in soil and building materials increase risk of lung cancers. Radon levels in homes can be reduced by improving the ventilation and sealing floors and walls.[:] 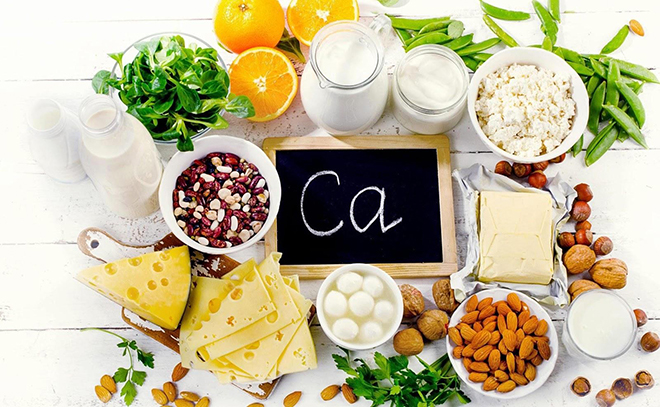 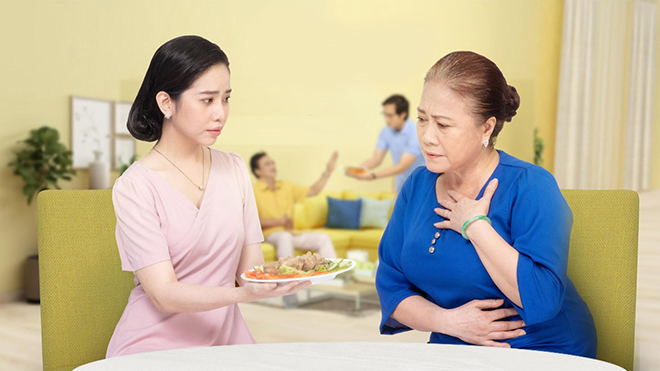 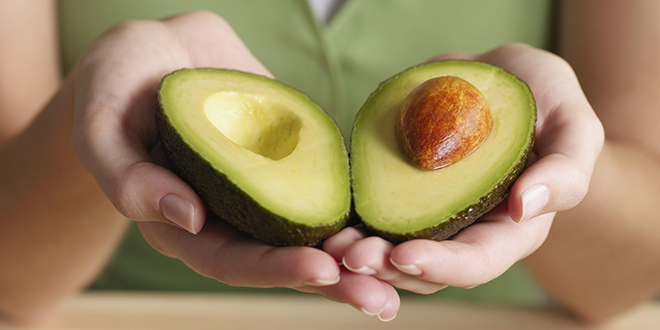 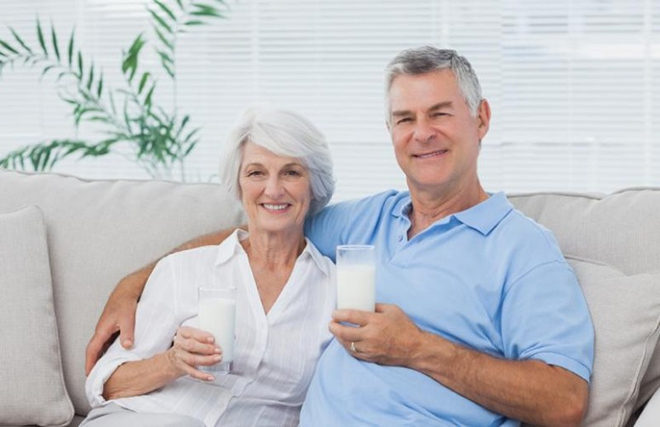 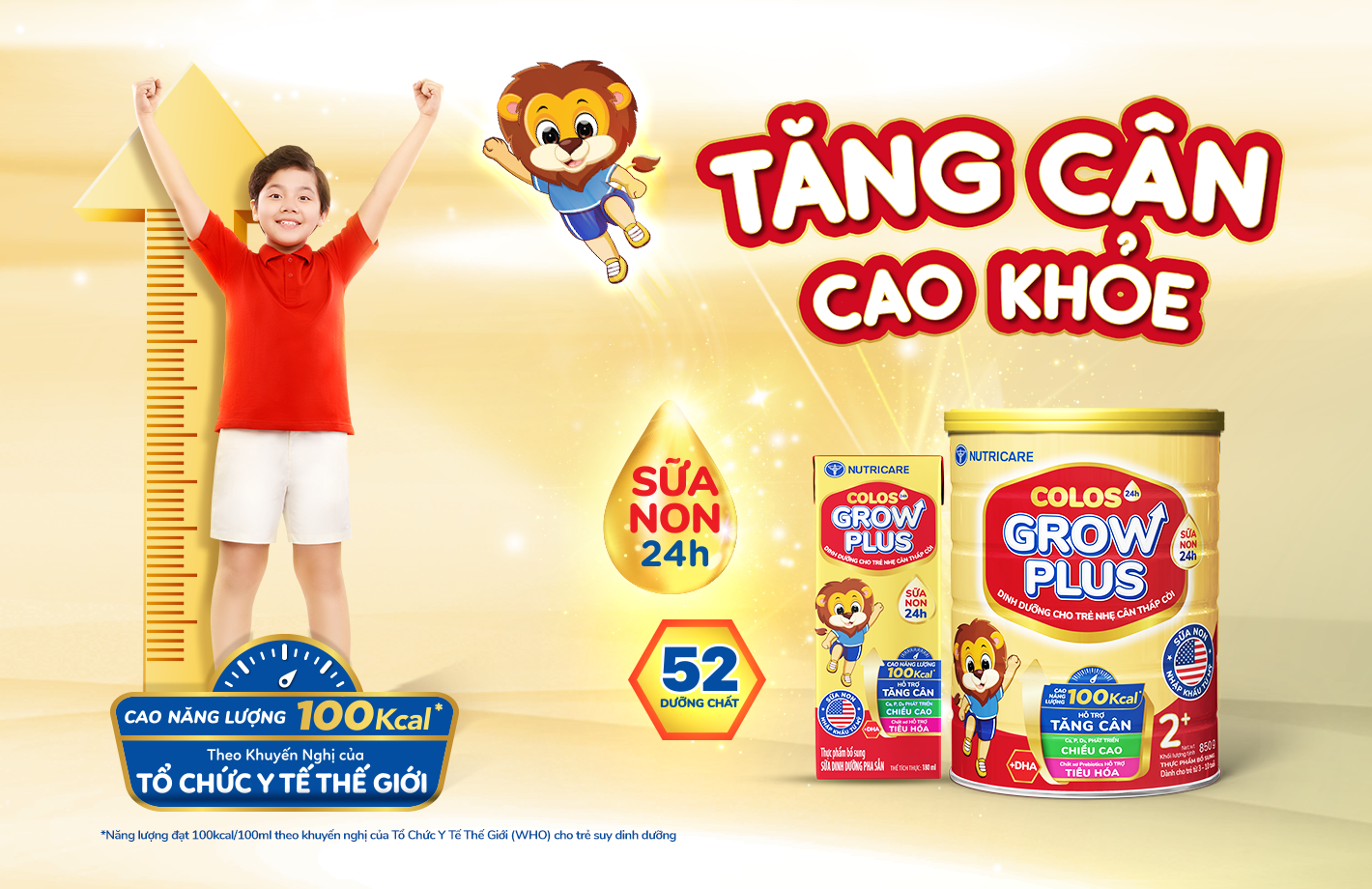 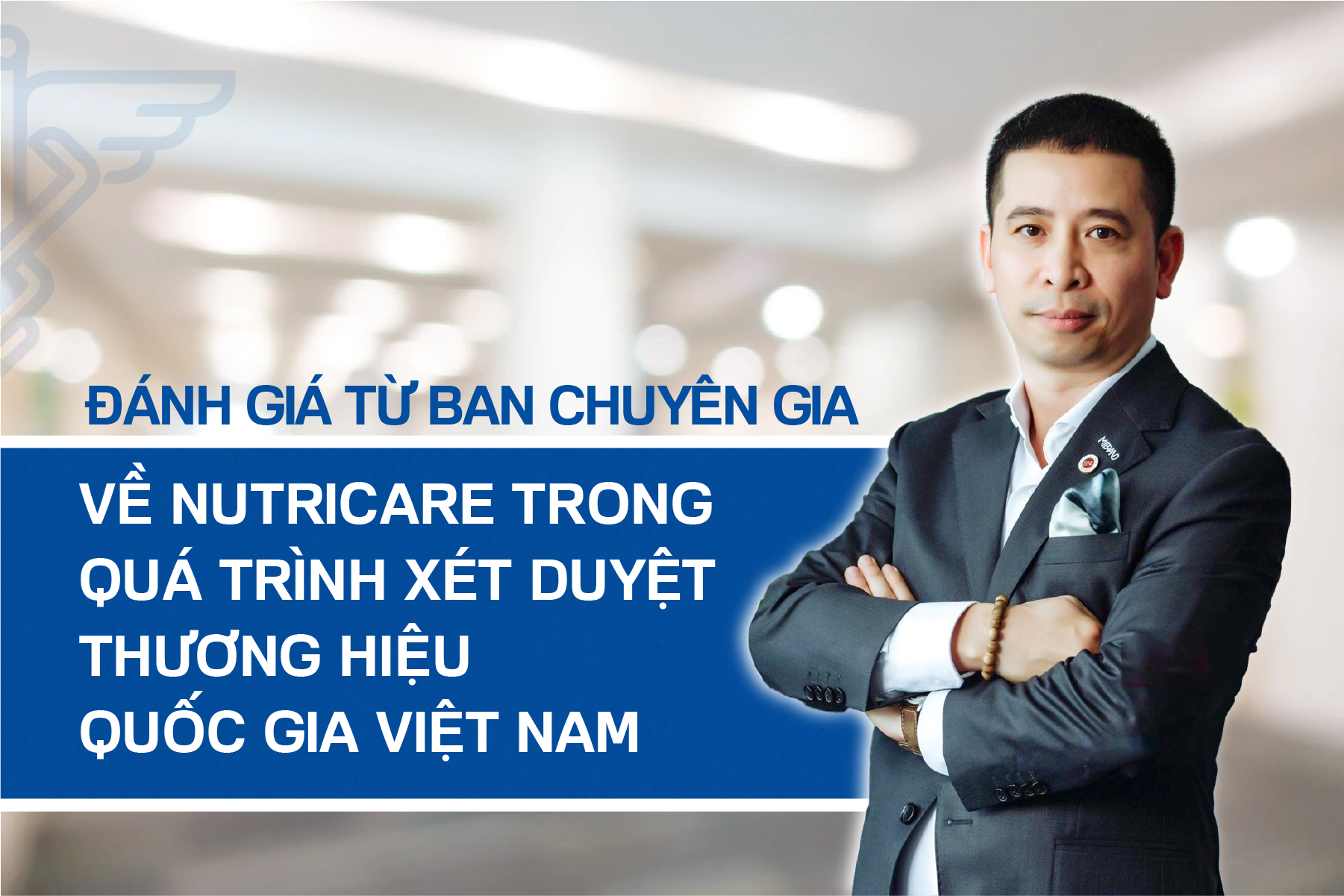 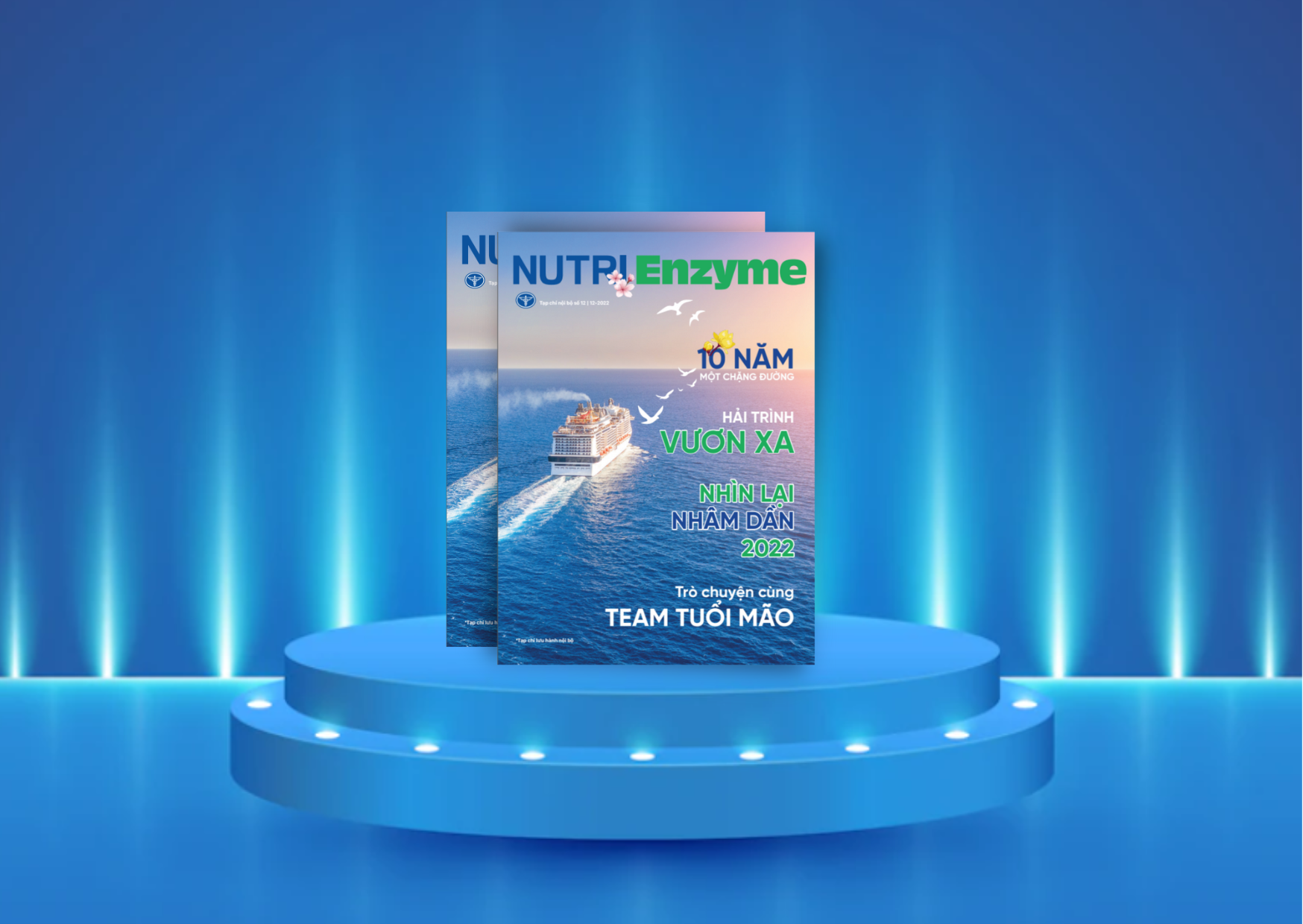 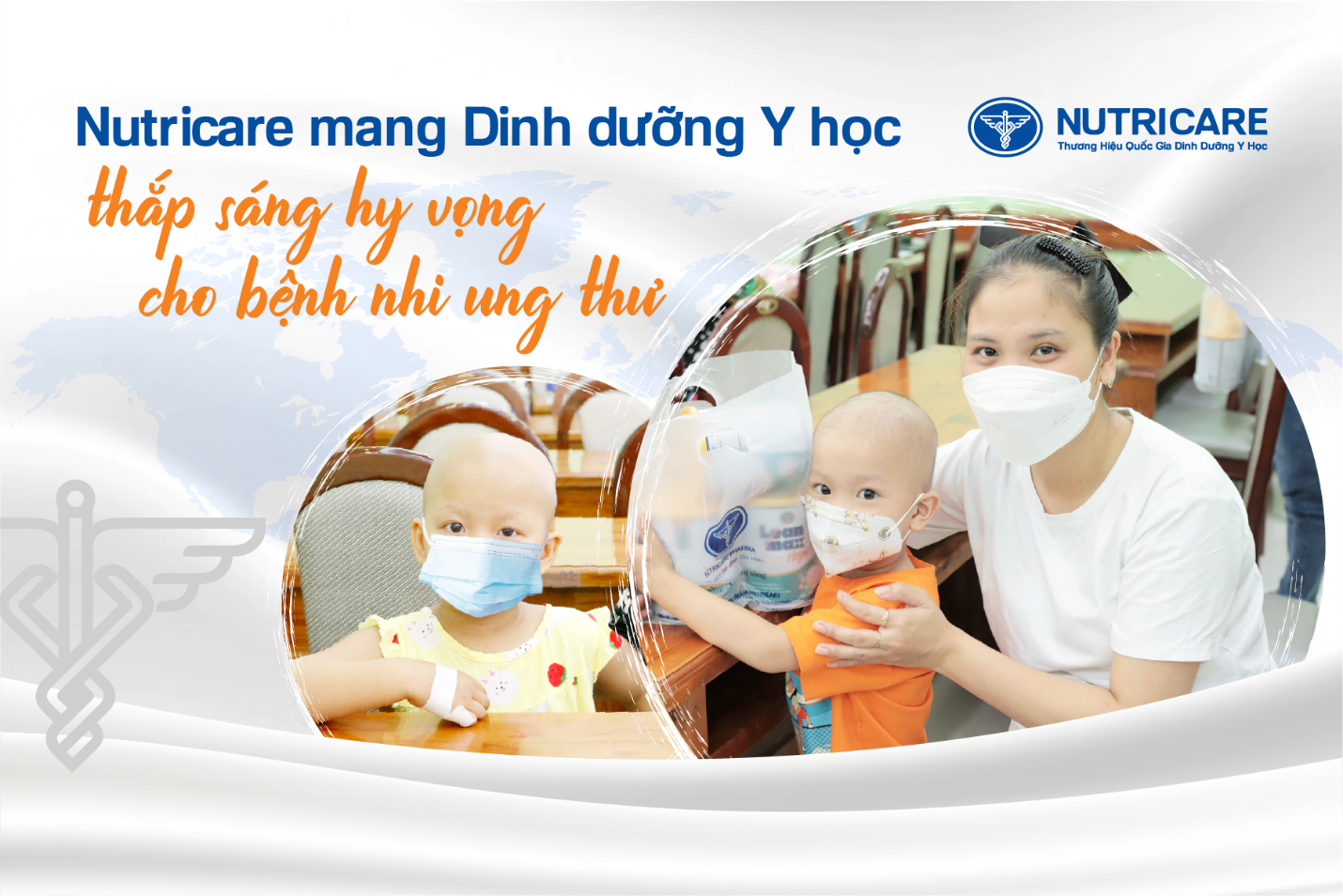