It has been a thousand generations that continuous storms and floods occurr in Central, which makes people here always manage to fight with the severity of nature …

Just over one month left that 2017 Lunar New year is coming, but to some countrysides in our country, Lunar New year still seems far away. Every year, when sunshine is bright in Saigon, the cold covers Hanoi, people in Central provinces are in anxious suspense waiting for coming floods and storms. And when the New Year is approaching, the echo of historic storms and floods remains imprinted in many families in the countrysides of Ha Tinh, Quang Binh, … 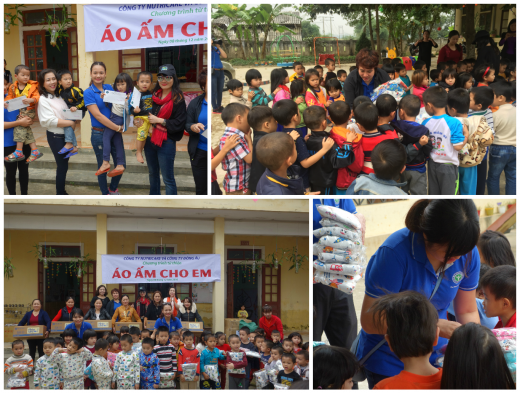 With the desire to join hands to bring a more prosperous New Year to Central compatriots, from the date of 01/12/2016, Nutricare launched a volunteer program named “Nutricare – WARM CLOTHES FOR CHILDREN” to donate for the families suffered in recent floods. Just over 5 day campaign, the company received generosity and kindness from more than 1000 workers and employees working in Nutricare, there were many spiritual material gifts such as clothing, books, food and cash …. Soon, Volunteer delegation quickly gathered and packed each gift by themselves to prepare for a trip to Ha Tinh, Quang Binh. 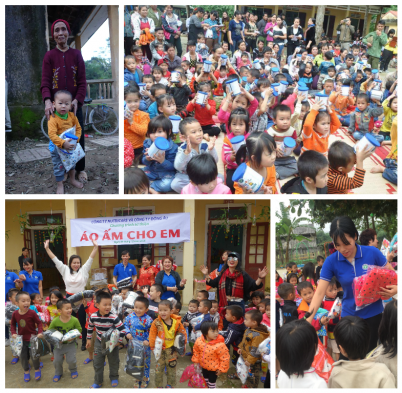 The first day on the bus, everyone was nauseous and excited because they were going to become “ambassadors” in the hope of bringing laughter, joy, happiness and love to children and poor patients. The first destination was Huong Khe district, Ha Tinh province, Nutricare officials gave each clothes, milk box to children here, witnessing the moment when the children was happy and exhilarated, their hands lingered on new dress for New Year’s Day, the heart of each person in Nutricare delegation was very anxious and emotional. 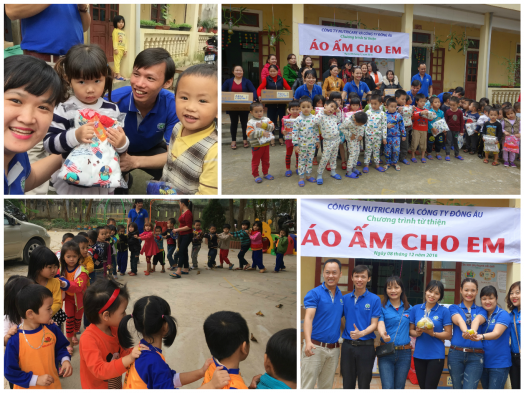 The chidlren are playing with each people in Nutricare volunteer delegation

Then, the Volunteer delegation visited and presented gifts to each household having damaged in the recent flood, people in the delegation felt pity when witnessing many humble houses, but their heart is very warm. 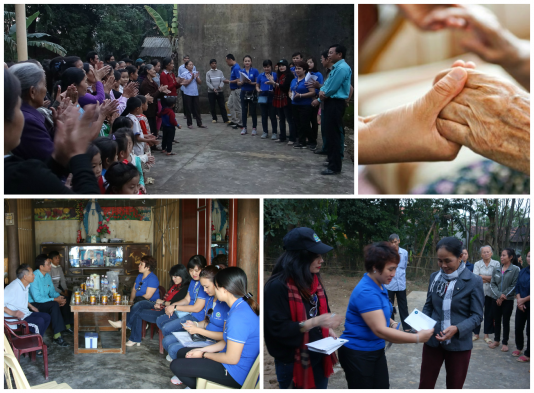 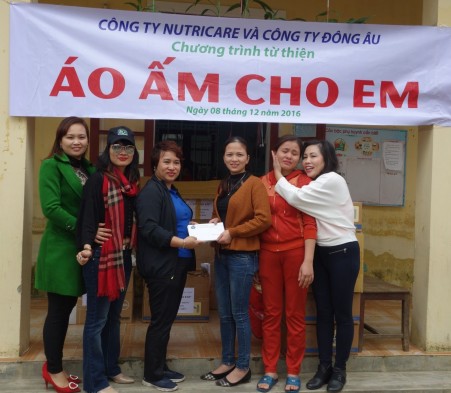 Many mothers, women move to cry while receiving generosity and kindness from Nutricare

The delegation continued to move to Kinh Nhuan village, Canh Hoa Commune, Quang Trach District, Quang Binh Province. Although the flood happened and finished 1 month ago, the life here still remained the imprint of the flood, there were still clearly etched traces of water in houses, dilapidated houses, unsteady, fragmentary boats by the river, bamboo with dangling trash, the blankly faces of the old, a village with full of old people, children and women 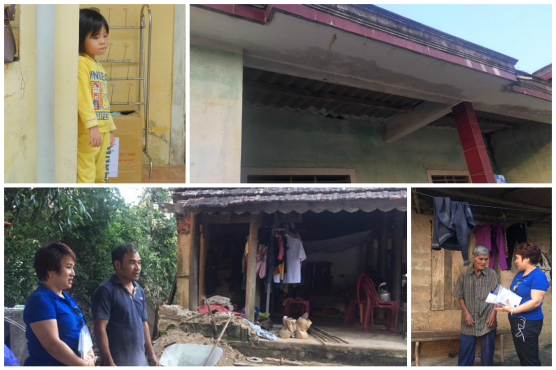 Witnessing the loss and difficulties of people here 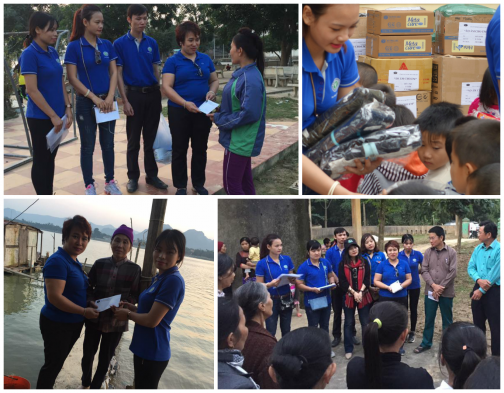 So, the gifts and hearts of all Nutricare Officer and Employees were given to people in Huong Khe District, Ha Tinh and Kinh Nhuan, Quang Binh Province. The trip was really meaningful because The Delegation witnessed firsthand the difficulties of the flood victims and themselves gave the gifts to people here.

When the Delegation returned home, they got a phone call from teacher of Phong Phu school, she gave kind regards of people to the delegation. She also announced that in that morning, more than 700 children in two communes of Phu Phong & Ha Linh beautifully dressed to go to school, their parents and the teachers were very happy and thanked the delegation.

The trip was successfully finished, but the spirit of Together for people in Central provinces and other countrysides of Nutricare Officer and Employees has not been over yet. It is the heart, as well as the responsibility and motivation for us to try our best to bring more milk boxes – a nutrient gift to all parts of our country.

We was pleased to give people here the poem “Thuong lam Mien Trung” of Bui Hoang Tam & was set to music by Musician Le Xuan Hoan on behalf of the most sense words. 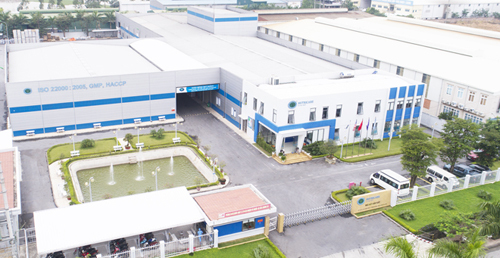 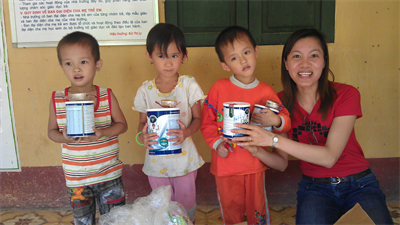 15/10/2018 / 351 view
Nutricare Company Limited presented gifts to needy children in Bac...
On the occasion of Mid-Autumn Festival, the trade union and HCM Communist Youth Union of Nutricare Nutrition Limited Company in collaboration with some charitable organizations visited and presented gifts to...
Lear more 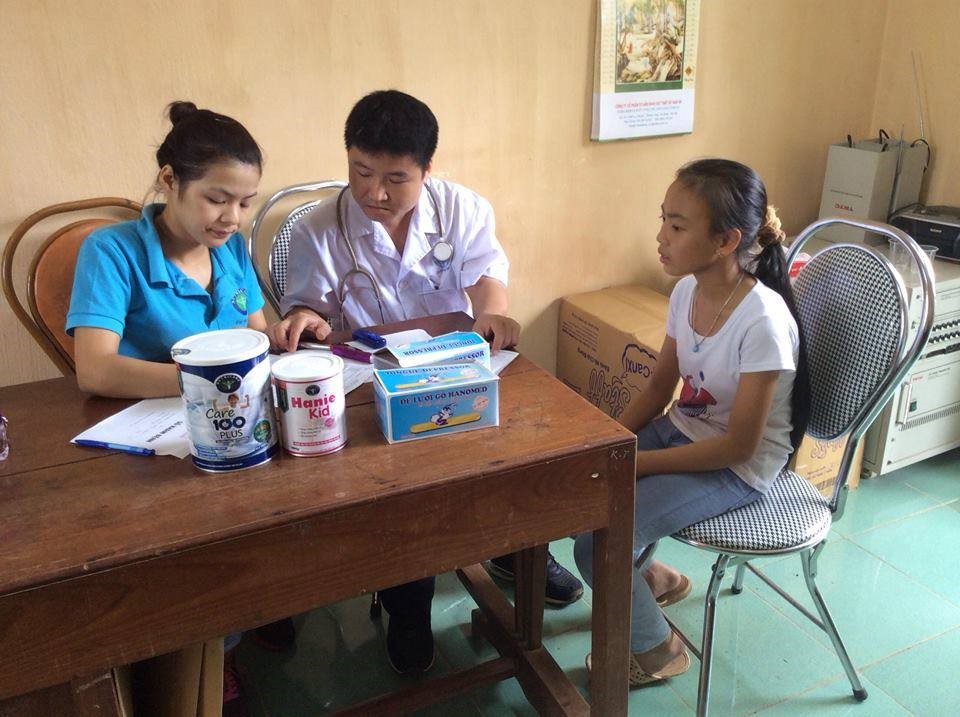 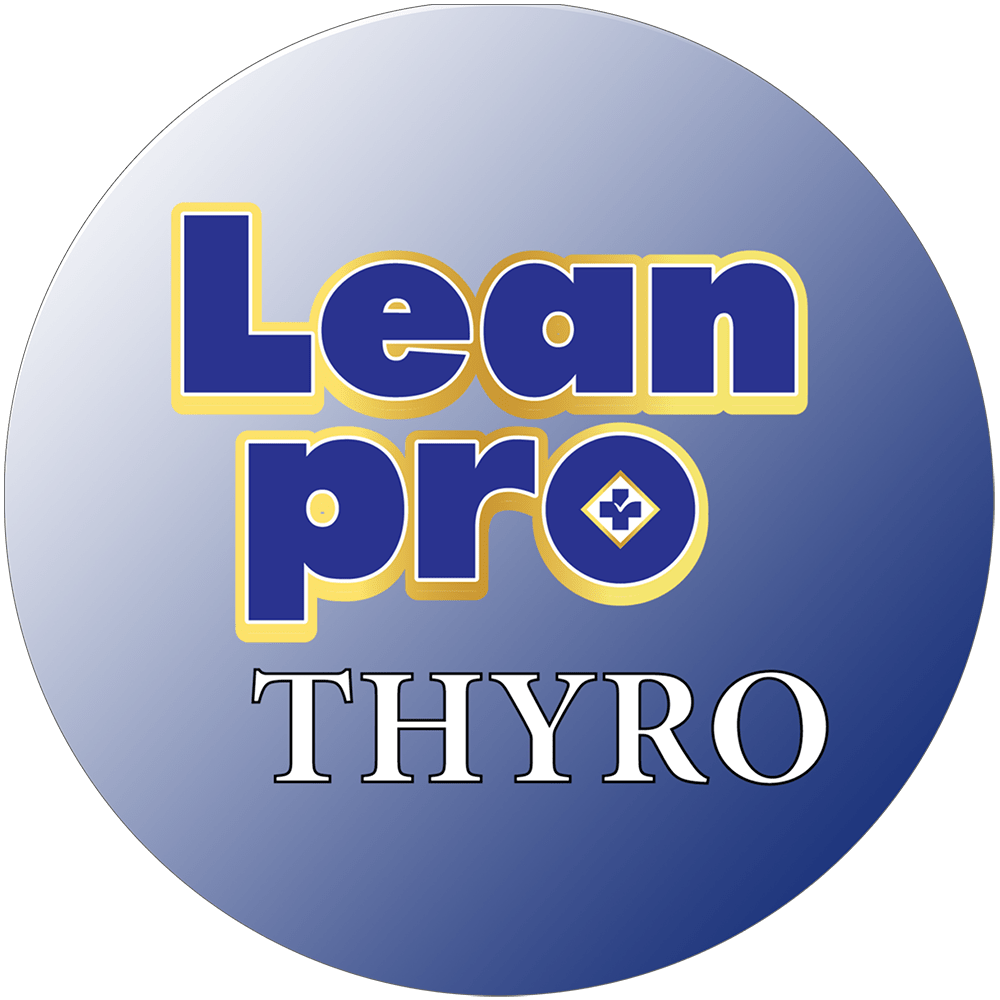